Lisburn Catholics & the Great War: About the Project

In December 1917 the Lisburn Standard published a list of 61 parishioners from, or connected to, St Patrick’s Catholic Church who had fallen (37), were missing (8), or taken prisoner (16) during the Great War.  These men were listed alongside the dead or missing from Lisburn’s other churches in a ‘roll of honour’.  The war, what one poet described as ‘the hell where youth and laughter go’, affected the whole town, and had far-reaching consequences for the townspeople, irrespective of denomination.

While we have some understanding of the contribution of Lisburn’s protestant population, there is little known about the role the town’s Catholics played in the conflict.  To correct this, and to better understand the part played by St Patrick’s parishioners in particular, the Irish Linen Centre & Lisburn Museum has launched a research project.  The aim of the project is to explore the lives of Catholic men from St Patrick’s who enlisted, highlighting their backgrounds, the regiments they fought in, and the places they served and died in. The museum held an exploratory meeting in February 2015 at St Patrick’s Parish Centre for those interested in getting involved.

From the start, the project had a number of well-defined outcomes.  Phase I involved the creation of an online database listing the Catholic Roll of Honour, while providing – where possible – further biographical data on the volunteers, from service numbers to family background.  It is hoped that the publication of these details will encourage further research and contact from other interested researchers or family members.

The project relied on a team of  volunteer researchers who gave up their time, experience and resources to aid the project.  These included:

Special thanks to Nigel Henderson, History Hub Ulster, for providing access to clippings from the Belfast News-Letters‘ ‘Ulster & The War’ Column, and insight into a number of men on the list.

The database  is based on the Lisburn Standard’s 1915 and 1917 Roll of Honour, which lists locals serving with the British and Commonwealth armies and from Lisburn’s ‘Roman Catholic Church’.  It is presumed that this refers to parishioners from St Patrick’s Catholic Church, Lisburn, although men from other Catholic churches in the area appear on the list.

The definition of ‘parishioner’ is fluid, and the list contains those who regularly attended service; family members of parishioners, although the men themselves were not necessarily from the area;  men who briefly attended St Patrick’s when visiting the town, for example visitors working in the linen industry, and; individuals whose justification for inclusion is not obvious (i.e. they appeared on the Roll of Honour but the research team can not establish why).

Also, since the project’s inception a few names of Catholic men from the area, with no obvious connection to St Patrick’s, have been added to the database.

Just as the definition of ‘parishioner’ is subject to change, delimiting the geographical boundaries of the project has proven difficult.  First, what does  ‘Lisburn’ refer to?  As the rural hinterland cannot be easily dis-aggregated from the town we must include men from both.    Second, should we stay within the administrative boundaries of the council, or go beyond it?  Since the Great War (1914-1918) Lisburn’s boundaries have changed a number of times. Noticeably from the First World War when the area was administered by Lisburn Urban (Renamed Lisburn Borough Council in 1964) and Rural District Councils, through to the 1970s when the much larger Lisburn Borough Council took over, as well the more recent 2015 amalgamation of Lisburn and Castlereagh, creating the Lisburn & Castlereagh City Council.  Today’s new council boundary would exclude Dunmurry (an area with strong historic, familial and industrial links with Lisburn), while including Dundonald, an area with little relationship with Lisburn town during the First World War.

To side-step such issues the project has adopted a fluid approach to geography, and although we largely track the historical (1898) Lisburn Urban and Lisburn Rural District Council boundaries this is not fixed.  Where an individual has been included at the margins of this boundary, or it is not obvious how an individual falls within the project’s geography, then see the additional notes on the database.

What if I have information to add?

The project is ongoing, and we welcome additional information on existing entries, new additions, or indeed correctives to the information supplied.  Please get in touch here.

Further, if you have an interest in extending the project to the other churches in Lisburn and Castlereagh then please get in touch with the project coordinator, Ciaran Toal. 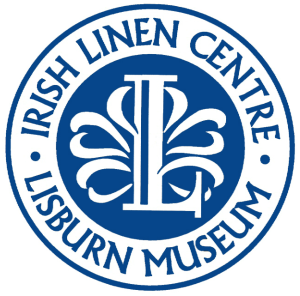